Do you know what I love about kids?
​
Spoiler Alert: It’s not their ability to pick up socks from around the house.

But before I digress – allow me to tell you the story of The Neighbourhood Driveway Art Mural.

We live in a part of Canada where everyone has been desperately awaiting the warm weather, so when a sunny day does arrive, the kids immediately head outside to play.

We’ve lived here for over 12 years. Our oldest is almost 10. We have wide open sidewalks on which to colour, draw, or even create a hop scotch board. No one has ever drawn on the driveway.  But something about the pattern of the bricks, or the different textured ground or the who-knows-what, drew their attention to colour there that day.

Each time we came and went from the house, the mural was getting bigger. We never heard fighting over what colours should go where, or who got to colour at the top vs the bottom. The driveway was their proverbial oyster.  All of the kids just dropped by and left again, over the course of the weekend, adding their own mark on the project.

No one told the kids that they needed to collaborate and work together.  In fact, there are plenty of spots in the driveway for someone to have broken away to start their own mural elsewhere. But they didn’t. They all wanted to be a part of the project; on their own terms and at their own pace.

Some of them stayed a long time, colouring in many bricks at each sitting. Some would like to have coloured more but they had to head home. Others only had the attention span to do 1 or 2 bricks at a time. And it didn’t matter: all efforts were welcome.

​Lesson #3:
Meeting people at their needs is true teamwork.

None of the children ever got shamed or scolded for colouring too much, or too little.  Everyone had full autonomy over how much time and energy they spent working on it. Woah – what a concept!

Whoever said that teamwork meant everyone does the same amount?  What if we began meeting

Lesson #4:
There is freedom in embracing chaos.

The kids working on the driveway mural ranged in age from 4-13. One of them came up with the initial idea. Some of them owned the sidewalk chalk. Someone lived at the house on which it was being produced. So do you know who the designated project manager was?
You guessed it – no one!

Now admittedly, there was little structure around producing this art installation: no deadlines to meet, no requirements to uphold or stakeholders to satisfy. That level of freedom lends itself well to operating as a ‘democracy’, of sorts because hierarchy is not required to have fun.

​Life can sometimes bring us these moments of freedom – if we let it.  An open-ended timeline, the joy of approaching a task with reckless abandon, the permission to make mistakes, or the joy of not considering them mistakes at all; it’s called “play”.

When was the last time you played?  ​

Photo by MI PHAM on Unsplash

How liberating might it feel to engage in something fun, without structure or timelines or a preplanned agenda? Terrifying for some of us as adults, sure. But I guarantee you that if we surrender to the idea of being child-like in this way, it would be just like riding a bike.

A few days following the epic weekend of co-creation, the rain came, as it often does for us at this time of year.  It washed away the mural completely.

Lesson #5:
Everything is temporary!

If you’d asked any of the children that weekend, toiling away on their knees, chalk in hand, they’d have told you that the rain would come. None of them were shocked or upset when the mural got washed away.  In fact, I may have been the most broken-hearted of anyone! And they certainly didn’t let the knowledge of this temporary artwork hinder their excitement and enthusiasm to create it in the first place.

The good, the bad and the ugly times of life; none of it ever lasts!  Parties finish. Businesses close. Buildings crumble. People pass away.  It’s a sad reality of the human experience.  But I also know this to be true: awkward styles fall out of trend. Bruises heal. Memories of embarrassing moments fade and even wars, eventually, come to an end.

And that is what I love about children.
​
Their willingness to take life at face value.  The beautiful naivety that comes with living in the moment. The ability to make space for each other, without governance or comparison.  The complete freedom of producing something so wonderful, without needing it to last.

Has anyone ever thought about letting children run the world for a while?  I mean, sure, there’ll be random, odd socks littered in every open space, as far as the eye can see.  But probably a lot of incredibly amazing stuff would happen, too!

For the past 20 years EZSigma Group has been serving municipalities across Canada in Lean and Six Sigma, including belt training, certification, project coaching and mentoring. We help cities improve ... 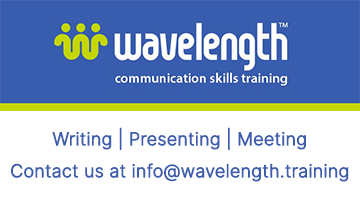 The Policy Shop is a municipal finance unconsultancy led by former municipal policy and finance staff. We work with staff to build two things that move municipalities past local administrations to ...