During the past 20+ years, Canada’s demographics have change significantly and now we are one of the world’s most multicultural societies.

Toronto is the most multicultural city in the world. Ontario has the largest number of foreign-born residence (29.1%). British Columbia is the most ethnically diverse province in Canada. (Source: 2016 Census).

Canada’s 2016 Census also reported that the country’s multicultural population is slightly larger than the French-Canadian population.

Canada’s rich large multicultural mosaic of residents means that increasingly municipal employees find them interacting with individuals from different cultures. However, the only culture most of us really understand is our own culture.

Therefore, as municipal employees, understanding individuals from different countries and cultures can be a relevant and an increasingly valuable skill.

An individual’s cultural background is a very powerful force which shapes them into who they become as an adult.

An individual’s cultural biases and predispositions are automatic. They are usually unconscious to them until they interact with someone from a different culture.

An individual’s cultural background is their “way of life”; how they “see things”; how they feel comfortable or uncomfortable being treated; and it can stir positive and negative emotions when someone else is seen as being respectful and culturally sensitive ….or lacking that interpersonal skill.

Cross-cultural awareness and sensitivity skills can be an important skill for municipal employees in today’s multicultural Canada.
For example, mainstream Canadians usually value individuals who are informative and “to-the-point”. However, to people from some Asian countries being “to-the-point” is seen as being overly aggressive.

Another example is that mainstream Canadians tend to feel more trusting to someone maintaining eye contact while speaking with them. However, to individuals from some Asian cultures, such as Japanese people, direct eye contact is seen as rude an intrusive.
Mistakenly a mainstream Canadian would think they are having a good conversation with good eye contact.

It will explain a number of key cross-cultural area such as the “visible” and “invisible” culture of a culturally different individual; how being a “good manager” to a mainstream Canadian can be seen “poor management” by people from a different culture; etc. 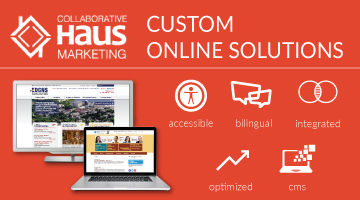 Helical delivers a simplified cybersecurity dashboard to help small to mid-sized organizations to establish a security program. Helical’s dashboard integrates best-in-class industry tools through ...
A provider of best-in-class cloud and mobile solutions for municipalities to manage their operations in public works (roads, water and wastewater), parks, facilities, and bylaw.